The prospect of packing up one’s life and moving to Seoul, South Korea, may seem a daunting and even baffling one to those who have never been there. It was to me when I first learned about the possibility of teaching English in Seoul for more money than I was making as a journalist in the United States. A friend from college mentioned that her brother had jumped on this scheme and was having the time of his life in South Korea. He was paying off student loans, traveling around Asia and “living like a king.” It was an intriguing lifestyle but…South Korea? 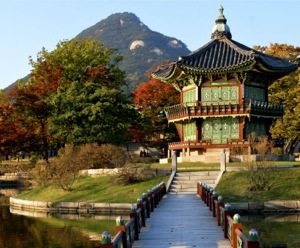 I’ve noticed a similar attitude from fellow travelers who ask about my experience of living in Seoul. Most of them even seem surprised when I enthusiastically rattle off the long list of reasons why I absolutely loved the time I spent there. I can understand why. Unless you’ve done your research on teaching English overseas or are backpacking through Asia, South Korea is unlikely to be on your short list of places to move.

So perhaps I can shed some light on what makes The Land of the Morning Calm an appealing place to live. I was in Seoul for a year, so I can only speak to life in the capital. This is part 1 of a two-part post on being an ex-patriate in South Korea.

In a number of ways, ex-pat life in Seoul is lush. Though the cost of living is comparable to large American cities, if you are on a teaching contract, the school provides you with an apartment or a monthly housing stipend, eliminating what is for most people a major cost. If you choose the neighborhood in which you teach wisely, you could end up in a great location that is close to work and to nightlife, dining, shopping and other conveniences. I lived in Gangnam (of “Gangnam Style” fame) and was a 20-minute walk to work, close to several bus and subway lines, shopping, great food and Itaewon, a major foreigner district. No doubt this enhanced my experience of the city.

Seoul is also a reasonably clean city, especially when compared with other Asian capitals, such as Bangkok or Beijing. Most schools will provide some medical insurance coverage, and health care, including dental treatment, is not only affordable but also quite good.

Salaries are also respectable, especially given the job market in certain Western countries. Teaching experience, TEFL or CELTA certification and advanced degrees will help boost your salary, but most ex-pats I have spoken to have made enough to either pay off debts back home, travel extensively throughout the region, or save a considerable sum of money. Contracts often include round-trip airfare or reimbursement, as well as a pension of several thousand dollars. While South Korea is not a cheap country to live in, the cost of living is less than somewhere like Japan.

And perhaps most important of all is the ex-pat community in Seoul. There are dozens of meet-up groups that range from book and wine clubs to hiking groups to language exchanges to writing circles, not to mention Couchsurfing meetings and regular trips to different parts of the country. It’s not difficult to find a group relevant to your interests, where you can connect with locals and fellow ex-pats in a way that goes beyond simply being foreigners in South Korea.

Life in South Korea is not always such a dream, and next week I will write on the not-so-delightful side of things. My overall experience as an expat in Seoul was a positive one, but there are many factors to seriously consider before choosing to live here.